Public health is “the science and art of preventing disease, prolonging life and promoting health through the organised efforts and informed choices of society, organisations, public and private, communities and individuals.”

Public health is typically divided into epidemiology, biostatistics and health services. Environmental, social, behavioral, and occupational health are also important subfields. The focus of public health intervention is to prevent rather than treat a disease through surveillance of cases and the promotion of healthy behaviors.

The goal of public health is to improve lives through the prevention and treatment of disease. The United Nations’ World Health Organization defines health as “a state of complete physical, mental and social well-being and not merely the absence of disease or infirmity.” 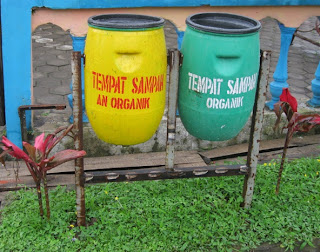 History of public health have started at Early public health interventions. The science of epidemiology was founded by John Snow‘s identification of a polluted public water well as the source of an 1854 cholera outbreak in London. Dr. Snow believed in the germ theory of disease as opposed to the prevailing miasma theory. Although miasma theory correctly teaches that disease is a result of poor sanitation, it was based upon the prevailing theory of spontaneous generation. Germ theory developed slowly: despite Anton van Leeuwenhoek‘s observations of Microorganisms, (which are now known to cause many of the most common infectious diseases) in the year 1680, the modern era of public health did not begin until the 1880s, with Robert Koch‘s germ theory and Louis Pasteur‘s production of artificial vaccines.

Other public health interventions include latrinization, the building of sewers, the regular collection of garbage followed by incineration or disposal in a landfill, providing clean water and draining standing water to prevent the breeding of mosquitos.
In Modern public health As the prevalence of infectious diseases in the developed world decreased through the 20th century, public health began to put more focus on chronic diseases such as cancer and heart disease. An emphasis on physical exercise was reintroduced. vaccination programs and control of infectious diseases, effective safety policies such as motor-vehicle and occupational safety, improved family planning, fluoridation of drinking water, anti-smoking measures, and programs designed to decrease chronic disease malnutrition and poverty, increase of HIV-AIDS and childhood obesity. In modern public health other an Public hygiene, which includes public behaviors individuals can take to improve their personal health and wellness

This site uses Akismet to reduce spam. Learn how your comment data is processed.